The park will be built by ACCIONA Infrastructure in a Temporary Joint Venture with Riojana de Asfaltos, at an investment of 30 million euros.

Construction work is expected to end in February 2011.

The park will be built by ACCIONA Infrastructure in a Temporary Joint Venture with Riojana de Asfaltos, at an investment of 30 million euros.

Construction work is expected to end in February 2011.

The President of the Spanish region of La Rioja, Pedro Sanz, accompanied by the Mayor of Arnedo, Juan Antonio Abad and the Vice Chairman of ACCIONA, Juan Ignacio Entrecanales, today laid the first stone at the development site of the future "La Maja" Business Park, in Arnedo. The 30m-euro park will be built by ACCIONA in a temporary joint venture with Riojana de Asfaltos.

The new park is developed by the La Rioja’s Regional Government, through its development agency ADER Infraestructuras, Financiación y Servicios department. ‘La Maja’ will cover an area of 635,173.80 square meters, of which 362,551 square meters will be split into units varying in size for industrial purposes.

Construction work on ‘La Maja’ is expected to end in February 2011. The complex will accommodate 2,000 workers and aims at drawing investment to La Rioja in an effort to diversify and enhance the region’s economic and labor markets.

‘La Maja’ will be fitted out to superior standards and will meet the highest environmental sustainability requirements throughout the entire construction process in areas such as lighting, water supply, sanitation, gas supply and telephone systems.

The park offers a number of sustainability features, including a south-east facing facade, to make the most of sunlight for solar energy solutions; and a rainwater collection system for enhanced efficiency of natural resources, which should bring energy savings of around 35%.

Another of the business park’s competitive advantages is its innovative access-control security, in which a back-up energy system allows emergency calls to be made in the event of power cuts. 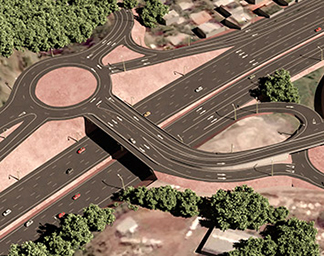