The Sishen photovoltaic power station, with a peak capacity of 94.3 MWp, is the largest solar park installed by ACCIONA Energía in the world, and the first milestone for the company in the development of renewable energies in South Africa.

The Sishen plant, located in the municipality of Dibeng (Northern Cape), was developed and built by ACCIONA in cooperation with the South African group Aveng. Other partners were Soul City and Dibeng Community Solar Energy Trust.

The plant came into operation on November 29, 2014, and is expected to have an annual production of 216 GWh, making it the largest solar park in terms of production in Africa, with a generation equivalent to the consumption of 100,000 South African homes.

It covers around 250 hectares, of which most are taken up by the solar park, made up of a total of 319,600 photovoltaic modules or panels, which transform the sun's light energy into electricity. If they were laid out along a straight line, Sishen's solar modules would span 327 kilometres.

The modules are supported by 470 horizontal structures or trackers, programmed to automatically follow the sun's trajectory from east to west every day of the year, and thus optimize the energy capture of solar radiation.

Given the high solar resource at the site where the plant is located, it can operate 2,880 equivalent hours at full load, placing it among the world's highest availability rates in solar plants.

The Sishen plant will prevent the emission of a total of 208,000 tonnes of CO2 from coal-fired plants every year, with a purifying effect for the atmosphere equivalent to more than ten million trees. 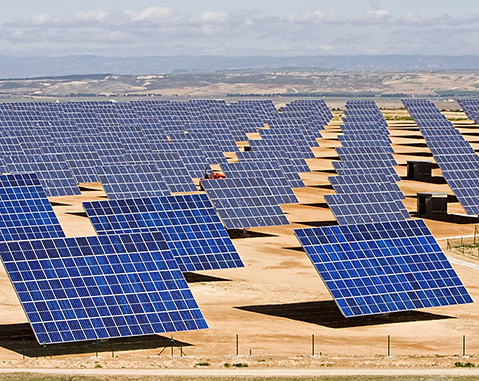 Group of owners of photovoltaic installations. 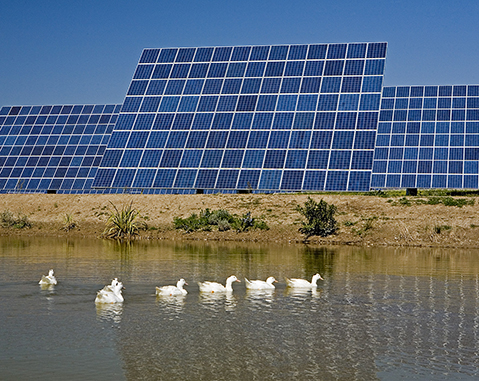